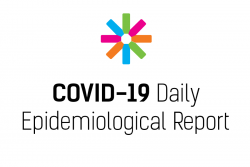 As of 12 am, 20th April 2020, a total of 21379 people have tested positive for the COVID-19 disease in Portugal, meaning there was an increase of 516 new cases since yesterday. Currently, 1172 people are being treated at the hospital, and of those 213 are in the ICU (intensive care unit).

Since the 1st of January, a total of 202769 people have been tested, of which 176381 have tested negative and 5009 are still awaiting test results. There are still 30646 people who are being monitored by the authorities, on suspicion of being infected.

All of this information is based on data available up until the 21st of April, 11 am and more information regarding the demographics can be found in the epidemiological bulletin released everyday by the DGS (Directorate-General of Health).